Blogging @ Pizza for Good & ARTvision for the rest of 2014

I won’t be posting much to this blog page for the rest of the year. So make sure to jump over to these links:

• Pizza for Good by Will Pollock
• ARTvision Atlanta to benefit Positive Impact.

Hope you have a wonderful holiday season!

ARTvision Is In Full Swing! (And Other Musings)

ARTvision Atlanta is ramping up for an exciting seventh season of fundraising for Atlanta’s own Positive Impact.

We’ve got some exciting newcomers and other returning, legendary artists. Jump over to our site for more!

Also, some new tidbits on WP.com to take note of:

New header image. “Torrent” was taken at a clay-pot store OTP - I loved the colors of his planter so I snapped the pic of it.

Those horrible four words could be the new-new-new-new Facebook tagline. As the social-networking giant has grown exponentially, it has changed UIs (user interfaces), bells and whistles, functionality, and security preferences more than Tara Reid has changed boyfriends. While Twitter has streamlined and improved without blowing up their core product - and spawning a cottage industry of top-notch Twitter clients - Facebook has seized on an ill-perceived need to change, change and change again.

This issue came to a boiling point while running ARTvision Atlanta - which, smart as it was at the time, has a Facebook page for the sole purpose of expanding our earnings reach and branding. As many folks have noted (here and here), love it or hate it, Facebook is a critical element in growing exposure to charitable causes.

Among the myriad challenges that charities face, spending time fixing a fatal code bug on a Facebook page shouldn’t be one of them. (My Googling shows that this is a widespread and as-yet unaddressed issue.) Alas, this is the case with our page now. Without getting into the geeky-gritty of it: Facebook has inexplicably violated its own TOS (terms of service) by allowing administrators to inadvertently change the name of a group with 100+ members by indicating the location of said group. So now, ARTvision Atlanta - which was closing in on 500 members - now reads as its beneficiary, Positive Impact, and the name cannot be changed back.

A group’s name is, last time I checked, the very foundation on which fundraising stands. Our AV page has three years of activity, history, photos and proven sales history that we have abandoned for a new page until Facebook gets off its ass to fix the issue. Sending bug reports, posting on help pages and other pleas for assistance have been systematically denied - because, well, Facebook is just too damn big. At last count, the site has 800 million users and they, by sheer volume, cannot address everything individually.

But is that a good enough reason to refuse help when charitable funds are at stake? This bug rises to a different level entirely when we’re talking about charitable giving. We depend on the networks and reach of Facebook to get word out, and this fatal flaw in their code - being no fault of any user - must be addressed now. Lest the company go down in history as the giant who got too big for their britches and couldn’t care properly for their philanthropic micro-communities.

When it comes to charitable giving and fundraising, a different urgency should rise through the ranks. And if this post helps to fix the overall bug itself, fine by me. In the meantime, please visit our new Facebook page and forgive the occasional grumble from me. - WP

Big HT and shout out to WannaBAuthor for the awesome devilish FB image.

Blogger’s note: I will be blogging at the ARTvision site from here until the end of the year.

UPDATE: After hitting hard, Facebook came back and addressed the Group name issue. We now are back in business as ARTvision Atlanta on Facebook! Of course, they attributed it to our mistake. But I don’t care... as long as we have the real name back.

(ATLANTA - 11 May 2011) :: Atlanta has a long and illustrious history of artist enclaves, lively creative events and world-famous destinations. Visitors to Studioplex this Saturday (May 14th, 11-6 p.m.) will see all of those elements together in ArtWalkFest.

At Studioplex, the historic former cotton mill in Atlanta’s Old 4th Ward district, first- and second-floor lofts and common-area spaces have been transformed to house artists, chefs, musicians, jewelers, glass blowers, photographers, painters and so much more. Here’s just a slice of what you’ll see:

This is just a small selection of what’s on tap for this Saturday, 14 May 2011, from 11 a.m. to 6 p.m. For more, please visit our website, RSVP to our Facebook event invite and follow ArtWalkFest on Twitter. See you then! 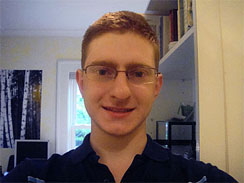 We already have a number of submissions - from the likes of Delia Cochran, Frank Wickstead, Brenda McMillen - with many more to follow.

Be part of our fifth anniversary! Go to artvisionatl.org for more. And don’t forget to watch our promo video: 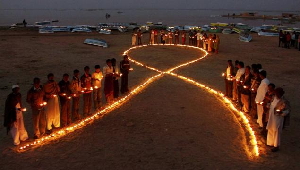 (ATLANTA :: 1 Dec. 2008) - With the world's attention culminating again today, Dec. 1, each year we get a little closer to understanding how HIV and AIDS affects Atlanta, the country and the rest of the world.

On the 20th annual World AIDS Day, I'm happy to announce the official launch of ARTvision's Web site... our third year of bringing together artists and buyers in the name of charity. We have a record number of donating artists this year and have already sold our first piece - with hopefully more to follow!

Positive Impact is our beneficiary. Get to know them... We embark on ARTvision's month-long fundraising drive for a reason - PI is in very real need of funds to sustain their HIV prevention programs and to help offset leasing costs and the economic downturn. A wide range of price points - from $50 to $800 - means you have lots of opportunities to help PI make a good chunk of change. (browse now)

So, an ARTvision purchase is a direct and unfettered statement of support for PI's broad-based prevention and treatment services, which are now coming from a more macro perspective, expanded from a sex-behavior theory to a total lifestyle ideology.

ARTvision is the perfect chance to lock in a last-minute tax deduction, support a great organization and receive some snazzy artwork in the process.

Watch the site this week as we load more artists. Let's make some cash! - WP

We have our new charity, Positive Impact, and we are ramping up a new site... (coming soon).

And we're ready for your submissions! Please forward them to me ASAP, but sooner rather than later.

For more, check out www.artvisionatl.org.

Questions? Send me an e-mail!